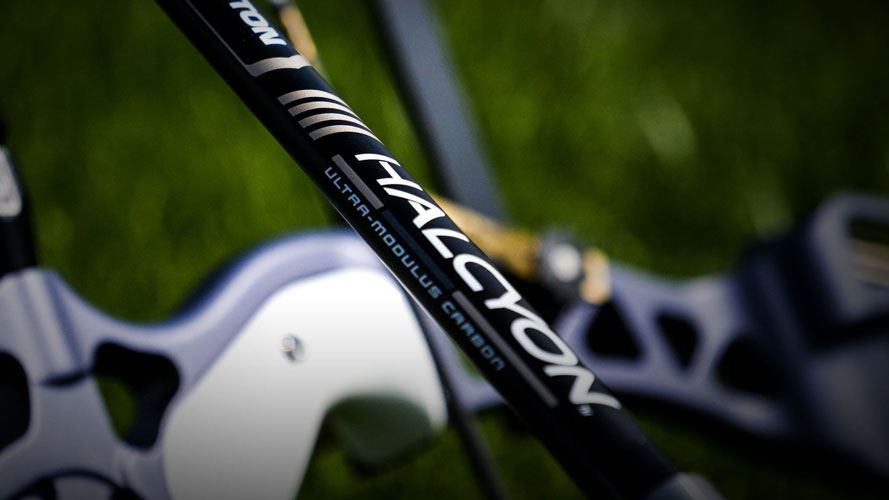 Selecting target stabilizers and picking a target stabilizer system seems like a tough task, as complicated as any other choice in archery. There are a stunning number of choices available, there is a lot of marketing speak that goes with many of these items, and it’s a difficult thing for the average shooter to figure out.

Fortunately, there are a few key factors that once understood, can make the selection process easier.  Let’s look at some of the factors that may come into the decision-making process to try and bring some clarity to the discussion of selecting target stabilizers.

Performance. Most top shooters judge the performance of a stabilizer system from how it makes the bow feel during the aiming and execution phase of the shot. This sounds simple but the factors that create this general feel are complicated.

What makes a high performance stabilizer?  One way to judge performance is from the relative stiffness to weight of the stabilizer. And lighter is usually thought to be better. Vibration both before and after the shot is another factor people often look at in stabilizers.

Durability and reliability are very important- how are the ferrules attached? What are they made of? How good is the mounting hardware?

Certainly, appearance matters too, with factors such as nice paintwork and cool graphics counting for many people.

What’s it really for?  The fundamental purpose of a stabilizer is to increase the moment of inertia of the bow- this helps provide for easier aiming and most importantly, helps maintain the position and attitude of the bow in the very short time the arrow is departing from the system.  In particular, for recurve, you don’t want the bow riser twisting or translating to the right (for a right-hand shooter) when the arrow pushes against the plunger or pressure point on release.  The increased inertia delays this movement, and also helps reduce the shooter influence on torque.

What feels good might not always be good.  It’s noteworthy that many shooters like to put rubber dampers between the stabilizer weights and the stabilizer rod.  This helps kill vibration after the shot, but it greatly reduces the function of a stiff stabilizer- de-coupling the weight during aiming and arrow launch defeats some of the purpose of rod stiffness in the first place.  If you insist on using dampers, it’s better to use them mid-stack in the weights rather than between the entire weight stack and the rod.  You should strive to suspend the least amount of weight possible.  For example, if you’re using three weight modules, only the most outboard module should be anchored to the damper- the other two should be directly attached to the stabilizer.

On the other hand, it’s often expected that the stabilizer system will help with follow-through on the shot, with reduced post-shot vibration.  That’s why people use rubber dampers, to deal with what happens after the arrow leaves the bow.  Designs like the Contour and Contour CS, as well as the Halcyon, have a significant degree of damping engineered into the stabilizer.  Older designs like the Z-Flex have separate internal damping systems.  Both of these approaches provide most of the benefits of elastomer dampers, without compromising aiming and inertial stability at launch.

And don’t forget, you do a lot of standing around in target archery- the stabilizer has to perform as a bow stand a lot of the time. It’s a factor in selecting the correct stabilizer length.  And it’s also a pain to have a rubber damper on the end of the rod when resting the bow.

Stiffer is usually better. But, not always.  For most high performance bows, getting the stiffest stabilizer possible, at the smallest diameter (so it doesn’t act like a wind sail) and at the lightest mass weight (so the effect of the weights you stack on are maximized) is sort of the holy grail of stabilizers.

However, as they say, there is no free lunch- stiffer stabilizers can resonate at unpleasant frequencies, the materials needed to make a stabilizer stiffer while maintaining smaller diameter cost a lot more and are less tough, and the same is true of making the stabilizer lighter.

As the old joke goes, you can have extreme stiffness, small diameter, and cheap- pick any two.

It’s part of a system.  Stabilizers are one component in a system of the bow, the arrow, and the shooter.  All have a contribution to the feel of any given stabilizer system, and the stabilizer can greatly affect the feel of any given bow.  That’s because during aiming and after the shot, there can be feedback from the limbs back through the riser to the stabilizer and back again.  This is true of both compound and recurve, but it’s especially noticeable with a recurve because the independent limb behavior of recurve bows adds a great deal to this behavior.  Change any variable- limb weight, string height, arrow mass, stabilizer length, weights on the stabilizer- and you will change the reaction.

However, less stiff stabilizers can have a good feel, can interact better with certain bows, and can sometimes give shooters more feedback from the shot.  This is why a range of stiffness can be very desirable.

There are a number of ways to look at how stiff a given stabilizer is, and also you can compare the stiffness to the weight or the diameter.

This chart, for example, shows the relative stiffness of various Easton stabilizers, with the first line of data on the left showing the absolute relative stiffness on a scale of 1-10 among the models (higher is stiffer), the middle data line showing the relative mass weights (lower is lighter), and the last row on the right showing the resulting stiffness to weight ratios.  So, you can see that, for example, the 1″ diameter Z-Flex is the absolute stiffest but also the heaviest, with the ultra-slim Halcyon is just a little bit less stiff, but a lot lighter than the Z-Flex, and the variable-diameter technology Contour CS is the king of stiffness to weight- super light and only a little less stiff than the Halcyon (but, Halcyon is slimmer, overall).

Selection.  For most shooters, it’s best to select stabilizers that fit you and your shooting style, feel good throughout your shot sequence, and of course, fit your budget.  If you shoot indoors exclusively, diameter isn’t a big deal.  But if you’re shooting outdoors, Easton stabilizers with “360 windcutter” diameter technology such as the Contour series and the Halcyon make a huge difference in terms of reduced wind drag on the system.  All Easton stabilizers are compatible with either recurve-oriented 1/4-20 weight modules (using available adapters), or out of the package with the popular flat disc 5/16-24 weight systems from Easton and other makers.  All will work with ATA compliant quick detach adapters, V-Bars and other accessories.

It’s great if you can borrow a stabilizer from a coach or friend, attend one of the Easton Test Drive Events coming up at the 2020 Nimes European Indoor or The Vegas Shoot (where you can shoot any Easton stabilizer in practically any configuration) or see if your Pro Shop will let you do a test drive, before you buy.  Many authorized Easton pro shops carry a selection of stabilizers and many of those are happy to have customers test a stabilizer for feel or other factors.