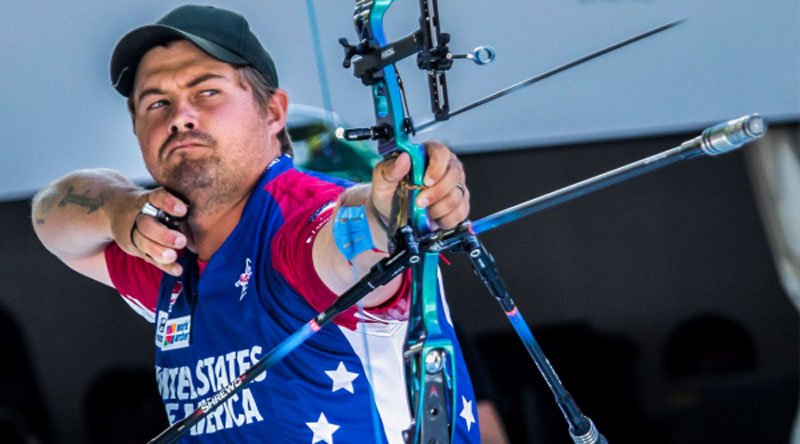 The Netherlands—Team Easton’s Brady Ellison put an exclamation point on the 2019 outdoor season with a decisive perfect “X” in a finals shoot-off to clinch the World Championship—his first, and the first for any USA archer in 34 years.

Brady wielded his Easton X10 arrows to handle the venue’s shifting winds. His opponent, Mohamed Khairul, brought Malaysia their first ever World Championship medal by taking the silver, also using Easton X10 shafts. Both shooters went hammer and tong in the match, tying the first three sets and trading wins in the final two forcing a shoot-off. “I knew I had to have it. And I knew if I could get that arrow and stick it good, that I’d probably win it,” said Brady. Ellison stuck a perfect X, while his opponent’s shot couldn’t quite match it.

The 2019 World Championship was the largest ever staged so far, with more than 600 shooters attempting to win slots for the 2020 Tokyo Olympic Games.

The same winning technology built into the legendary X10 is found in the DNA of every Easton arrow. Visit your authorized Easton dealer and see the full line of arrows for target and bowhunting.