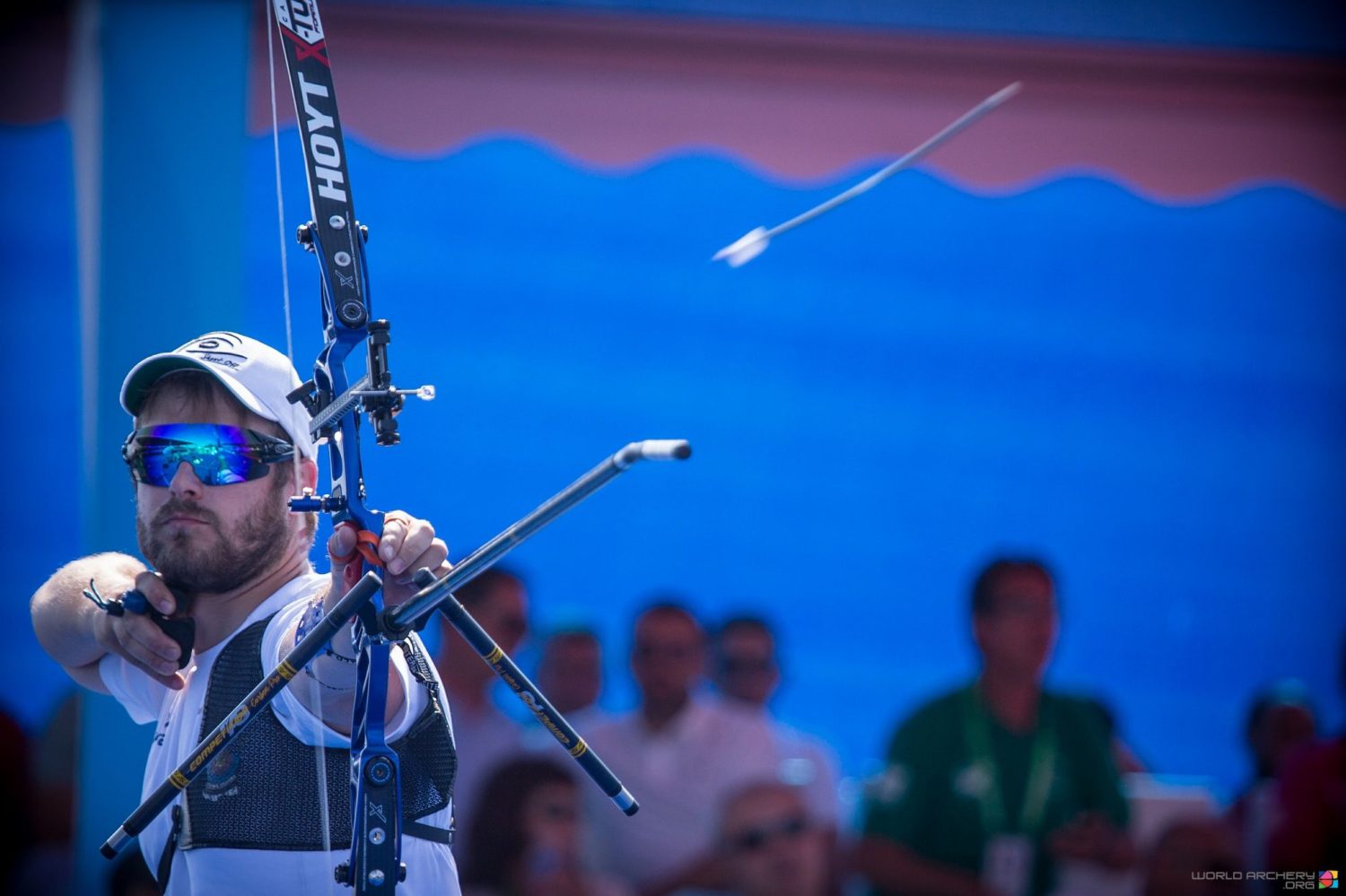 The world’s top archers, wielding Easton X10’s, continued their unbroken medal streak in the 2017 World Cup circuit after another total podium sweep at the second stage in Antalya, Turkey. In a hard-fought battle, Rio Olympic Silver Medalist Jean-Charles Valladont of France defeated the USA’s Rio Olympic bronze winner, Brady Ellison, in a four-set final in windy conditions. JC beat Brady with a final 10 to take his first title since his podium performance at the Rio Games- and to clinch the #1 overall World Archery Ranking for men’s recurve. Italian archer David Pasqualucci took the bronze.

Brady is a four-time World Cup final winner, and is still ranked #1 for the World Cup 2017 circuit, while JC is ranked 2nd. Shanghai winner Steve Wijler of Netherlands is ranked third.

For the recurve women, it’s another total X10 sweep, with Russia’s Ksenia Perova taking the #1 ranking in the world cup with her X10’s and Easton Contour stabilizer system. Korean legend Ki Bo-bae is ranked 2nd, and French shooter Audrey Adiceom is third.

For compound, a silver medal performance from Team Easton’s Steve Anderson in Turkey catapulted him to the #1 ranking, followed by USA’s Reo Wilde and French archer PJ Deloche. For the women, Sarah Sonnichsen (DEN) and Sara Lopez (COL) lead the World Cup rankings.

The third stage of the World Cup begins at the Easton Archery Center in Salt Lake City, Utah, USA next week. Details an be found at http://archeryworldcupsaltlake.org

A Quarter-Century On: Barcelona Olympic Games Open With the Shot of an Easton Arrow