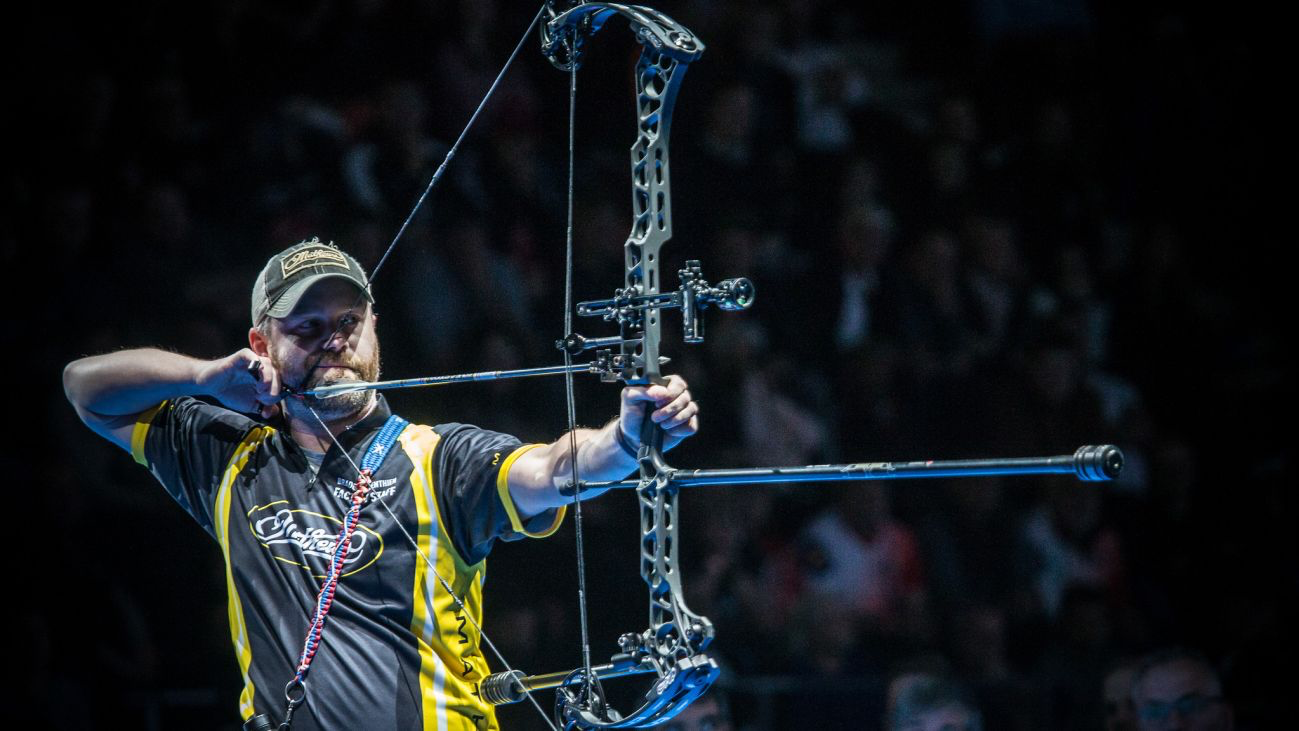 The World Indoor Series is the World Archery Federation’s latest evolution of what started as the Indoor World Cup a decade ago.  The annual series replaces the biannual World Indoor Championship with a circuit of six events that span the globe.  Locations such as Macau, Luxembourg, Sydney, Rome and Nimes, France make access to qualification within reach of archers from all across the world, and so the competition to make the top 16 for this prestigious event has never been hotter.

Easton shooters have always dominated this series, where precision and accuracy are paramount for performance.

In the latest series event, Team Easton shooter Braden Gellenthein defended his Men’s Compound title at the Nimes Sud-de-France Indoor, the penultimate stage of the Indoor World Series, while Brady Ellison charged to another victory in the men’s recurve category.  Korea’s women’s team crushed the women’s recurve competition, sweeping the podium.  In total, Easton shooters took 9 of 12 medals at the event.

Each of these winners used different Easton shafts to achieve their goals.  Gellenthein’s win was, again, achieved with the ultra-accurate Easton X23 alloy shaft.  X series Easton shafts are the most-winning arrows in indoor competition, and Gellenthein used them again to take his second consecutive, and fourth overall Nimes championship in the past five years.

Ellison defeated Williams in a full five-set match, and both archers took it to the very limit with Ellison eking out a close liner call in the last set to take the win.

The winners of Nimes now take the top spots in the World Indoor Series rankings, heading into the Grand Finals which will take place at the world-famous Vegas Shoot, the night of Saturday, February 8, at the South Point casino in Las Vegas, Nevada, USA.

The finals will feature the top-16 ranked shooters as of the completion of the second day of the Vegas Shoot qualification round, followed by live head to head competition that will be featured on NBC Sports in the USA and Eurosport in Europe.

A Century of Easton Factories