2020 kicks off a new decade, and there are a mind-spinning number of events that will take place in the decade ahead, from Easton’s 100th anniversary, to Olympic Games in Tokyo this year, Paris in 2024, and Los Angeles in 2028.

2020 itself has already kicked off with one of the most frenetic international competition schedules ever.

While the Tokyo Olympic Games are promising to be the highlight of the year, there are literally dozens of significant events leading up to the summer games, and continuing the season after the Tokyo event, and many of these are accessible to every level of shooter.

One example of that is the ongoing Indoor World Series, currently underway with events across the globe.

World Archery created what has become the indoor world series starting with an indoor World Challenge in 2010, and it progressed to an Indoor World Cup format, and now the Indoor World Series with many more events that make it easy for every level of archer to participate in, practically anywhere in the world.

The biggest events on the calendar for the Indoor World Series include the Nimes European Indoor, known as “the Vegas Shoot of Europe”, and of course the actual Vegas Shoot itself, kicking off the second weekend of February.  The series culminates on Saturday night, February 7th, and in the United States will be aired by NBC.  Other regions can watch live on World Archery’s livestream.

The 2020 Vegas Shoot is expected to be another record-setter, potentially hitting 4000 participants after last years record turnout.  $54,000 is on the table as first place money for the open championship and there is nearly a half-million dollars on the prize table for the event this year.  The Sunday, February 8th finale is expected to have millions of viewers on various media streams.

2020 is expected to be one of the biggest years yet for the World Archery World Cup, and also features an all-new venue for the outdoor series, Guatemala City, Guatemala, with the inaugural event there taking place during the final week of April.

They the circuit goes to Shanghai for May 4-10, followed by Berlin Germany on June 21-28- the final opportunity for teams to win slots for the Olympic Games in Tokyo.

In between the Shanghai and Berlin World Cup events will be the European Championship, this time taking place in Antalya, Turkey during the final week of May.

Competitors will have just a couple of weeks to catch their breath before setting off for Tokyo and the Olympic Games.  Archery is the first sport on the calendar and will for the first time feature a Mixed team event, giving the sport two more Olympic Championships.  It’s the first additional medals for archery in 32 years, since Seoul 1988 and the inaugural team round.

The Tokyo Paralympic Games will kick off on August 28 running through September 5th.

The 2020 World Archery Field Championship comes to the USA with Yankton South Dakota hosting the event in mid September. 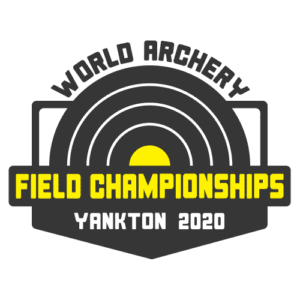 Recurve, Compound and Barebow competitors from around the world will gather in the middle of the USA to determine the champions in each discipline.  It will also be an important part of qualification for the 2021 World Games taking place in Birmingham, Alabama in 2021.  It will also serve as a warmup for the Outdoor World Archery Championship which will take place in Yankton in 2021.

The finals venue for the 2020 World Cup are still being chosen, with a number of possible venues vying for the opportunity- that event is expected to start a week after the conclusion of the World Field Championship, the final weekend of September.

2020 is off to a tremendous start, and we can’t wait to see the results as competitors around the world make their podium runs.

Gear Up!  Indoor season ahead