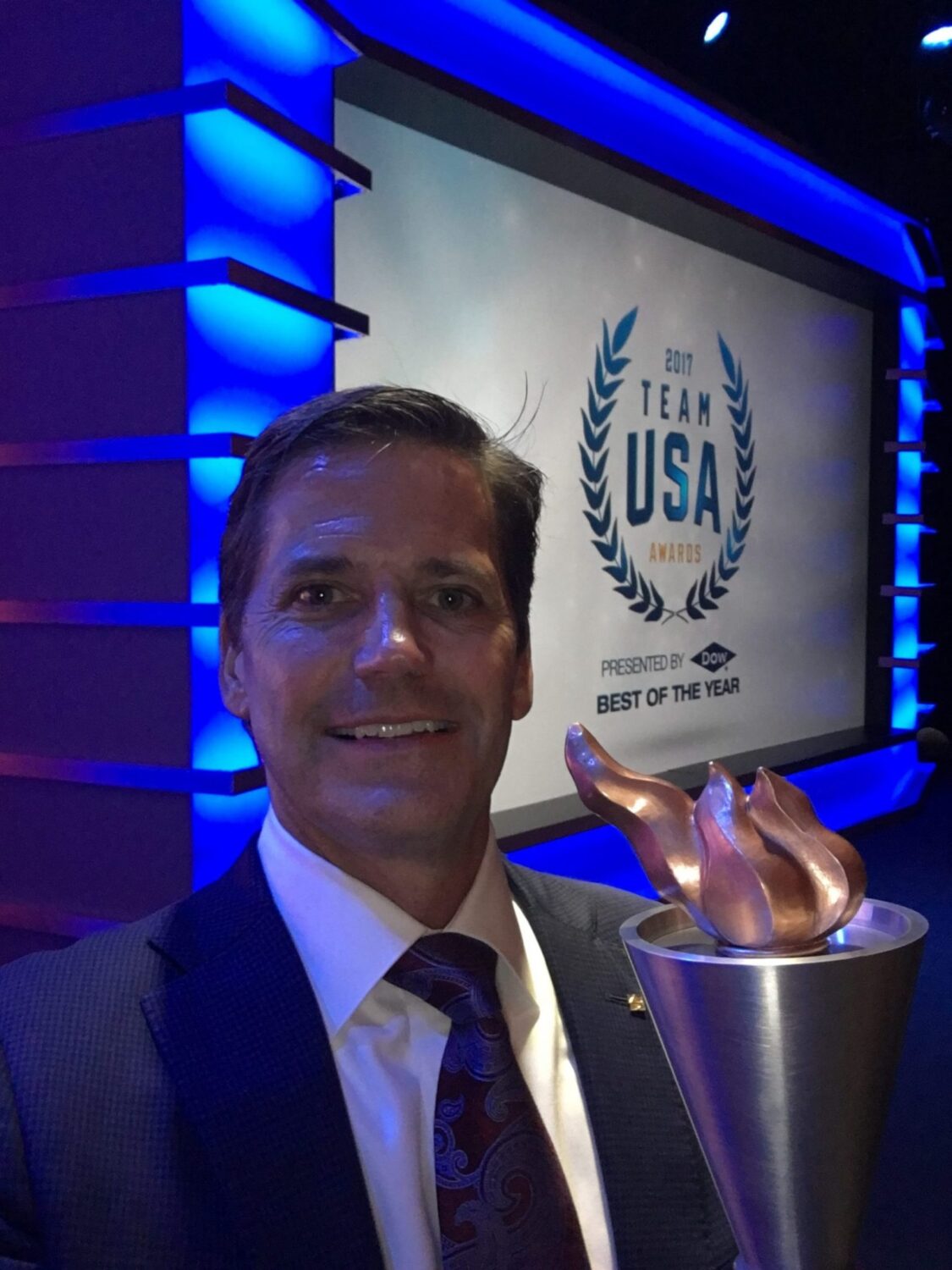 The United States Olympic Committee has recognized Greg Easton (Salt Lake City, Utah) and the Easton Sports Development Foundation with the Building Dreams Award, which recognizes an individual, group or community that has gone above and beyond in its support of Team USA.

The Easton Sports Development Foundation has been a major contributor to USA Archery’s high performance and grassroots efforts. After the construction of the Easton Foundations Archery Center of Excellence in 2015, the foundation was key in helping Team USA win two medals at the Olympic Games Rio 2016.

In 2017, ESDF hosted the return of the Archery World Cup to the U.S. and will host stops again in Salt Lake City in 2018 and 2019, giving American athletes the opportunity to compete on home soil while enhancing international exposure for the sport, and inviting all Americans to watch the event live and cheer for the USA.

Greg Easton, in his remarks accepting the award for the Foundation, stated that “My father Jim founded the Easton Foundation in support of our commitment to the LA84 Olympic Games, and over the years, he truly changed the sport he loves – archery- to give it a long term future as a core Olympic sport. I view this award for the Easton Foundations as recognition of my father’s and grandfather’s visions to improve archery, and my family’s dedication to excellence.“

The award ceremony was held at Royce Hall on UCLA’s campus and will air Dec. 24 on NBC at 1:30pm E.T.