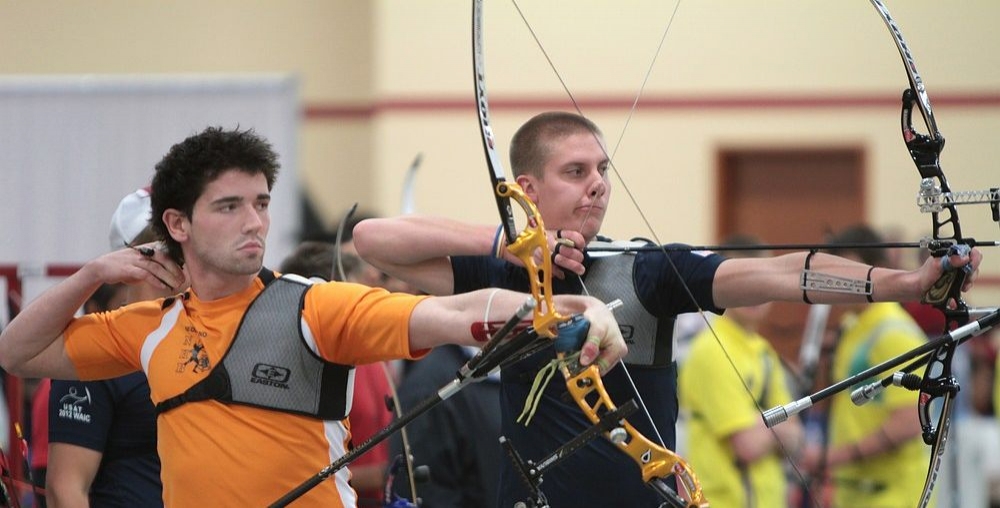 Across the northern hemisphere, as archery venues retreat from frosty mornings (and here in the Rockies, even flying snow!) the annual transition to indoor shooting has started.  Just down the street from the Easton factory, the magnificent, $12 million dollar Easton Archery Center has started its weekly archery league, something replicated in tens of thousands of indoor venues around the world, from small neighborhood shops to major venues.  Indoor leagues are a great way to keep up your training for the season, adding fun and the pressure of competition during those long winter nights.

In the past few years, World Archery has greatly raised the profile of indoor archery through inauguration of an open-participation indoor World Cup circuit, with events in every corner of the globe, and this year is no exception.  Starting off in Marrakesh, Morocco this month then moving to Bangkok, Thailand, in December, Nimes, France in January, and culminating with the indoor World Cup Finals in Las Vegas in February, thousands of shooters across the globe will participate in the Indoor World Cup circuit this season.  Describing how the indoor circuit is quickly growing, World Archery Secretary General Tom DIELEN tells us:

“We look forward to an exciting start of the World Indoor Cup in Marrakesh.  After Marrakesh we will go for the first time to Bangkok more known for Outdoor tournaments.  Then we will return to Nimes and end in Las Vegas.  Every tournament will have another point to focus on.  Marrakesh wants to be the opening to new countries. Bangkok will have an additional Para Indoor tournament. Nimes will focus on a special youth tournament and Vegas will see also the first World Archery Gala.  The Indoor season will see new nations shooting indoor tournaments and we look forward to a great season.”

And that’s not all.  Here in the USA, more than 10 years of steady expansion has seen great success for the Lancaster Archery Supply sponsored Lancaster Classic, now a must-do stop on the pro circuit, especially for top compound shooters.  That event has seen dramatic growth and having outgrown the original Lancaster venue, is moving to a modern new civic center setting for the 2015 edition.  And the biggest shoot of them all, The Vegas Shoot, returns to the South Point in Las Vegas with two all-new arenas and a vastly expanded practice area, with the expectation of yet another record-breaking turnout this year.

With unprecedented participation, a full calendar of events, and exotic venues across the globe, the 2015 indoor season promises to be one of the biggest ever.