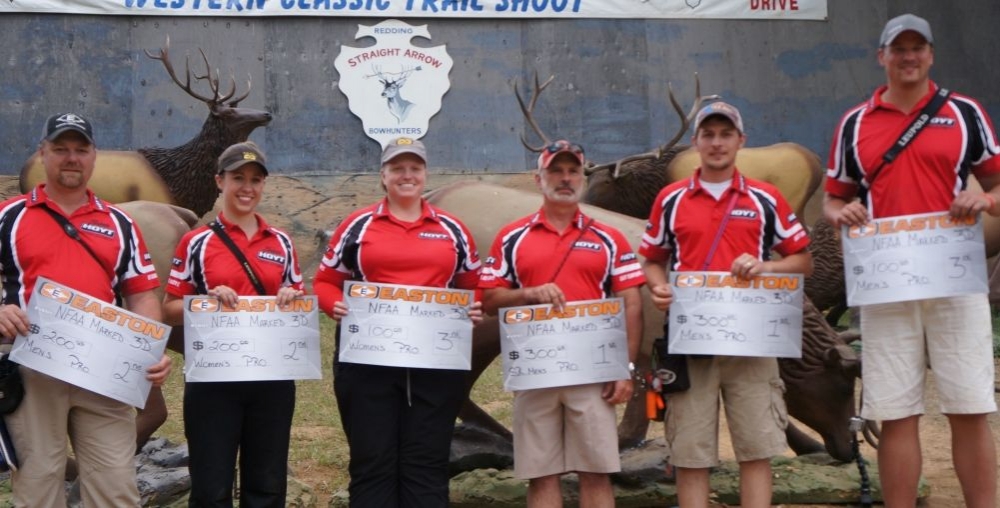 With more than 2000 participants, Redding is the second largest outdoor multi category event in the world- and this year shooters came from as far as Australia to rub elbows with some of the world’s best shooters.

Jesse successfully defended his 2013 Redding championship with this back to back victory.

Easton’s Shawn Monsen noted:  “Jesse is only the second shooter to ever win back to back titles in the NFAA Pro mens division. Both B2B runs where won using Easton arrows. Jesse’s first Redding win in 2013 destroying the long standing record of 1535 with an unimaginable 1539 out of 1540! “

The Men’s compound team event was another all-Easton sweep, with Shane Wills and Jesse Broadwater beating the team of Steve Anderson and Brian Gold with a perfect, dead-center shot at 88 yards with the pressure of 1500 spectators watching.

Easton congratulates the organizers and volunteers of the Western Trail Shoot and all competitors!