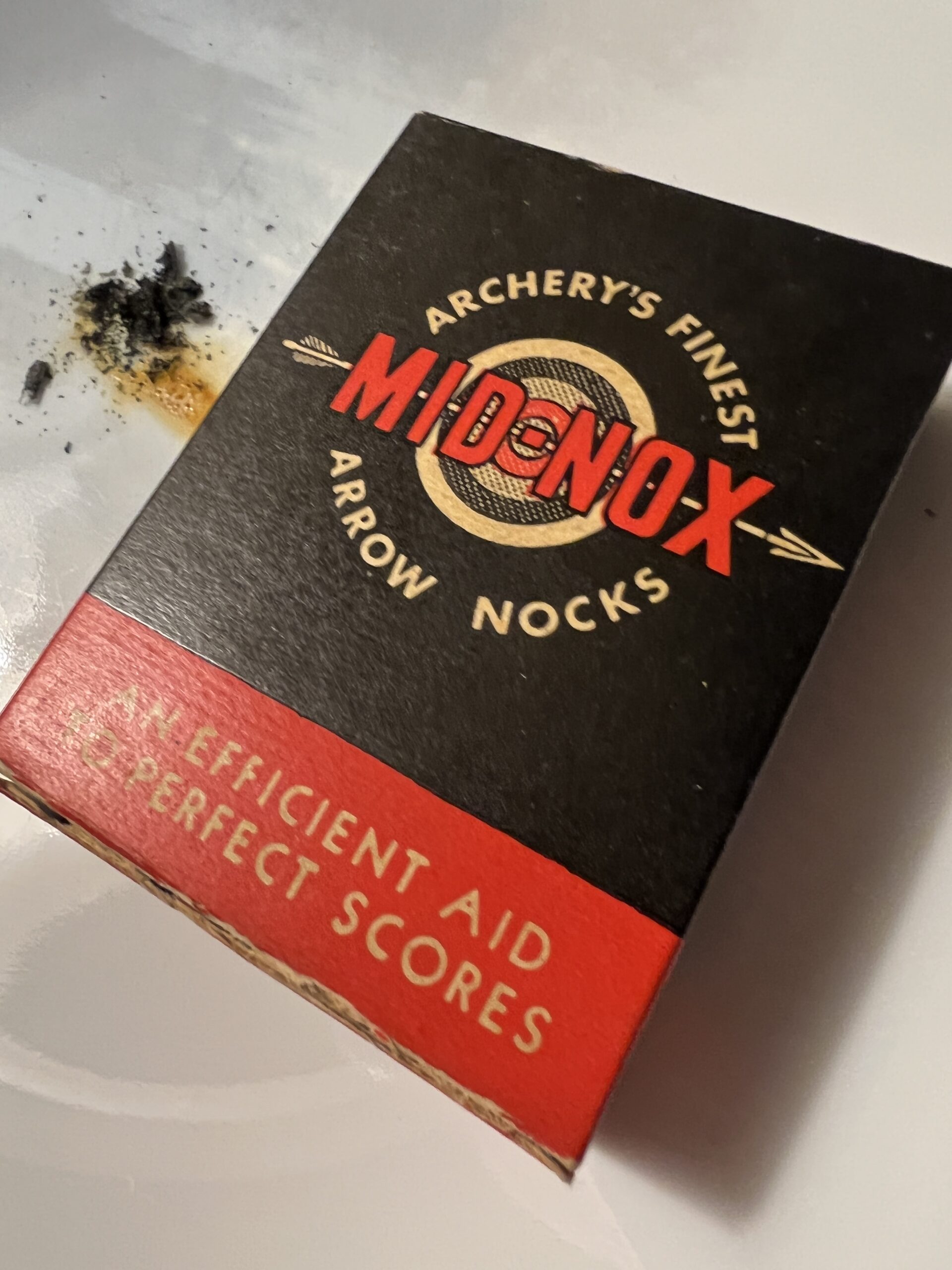 From the early 1930’s through the late 1950’s, the most popular nock in archery was the Mid-Nox nock, made by the Middleton Company.
These nocks were a single cavity nock made from press-molded nitrocellulose- a highly flammable material, also used for things like billiard balls, and photographic film, in that era.

The process involved a mold die immersed in heated oil. An operator would take a slug of the nock material about the size and shape of a pencil eraser, place it in the die, place a matching mold on top- and strike it with a hammer to shape the nock.

Occasionally, a nock would actually detonate while being molded! But this made a very precise nock.

The nitrocellulose nock had one other great thing going for it- if you broke one that was glued to the taper of your wood (and later, aluminum) arrow, it was really easy to replace, without risking the danger of cutting into the nock taper with a knife to remove the broken nock.

You would simply ignite the broken nock, which would burn so fast and completely, you simply could brush off the resulting ash, with no damage to the arrow, and glue a new one on in seconds.

Doug Easton acquired the Mid-Nox brand in the 1950’s, continuing to make the original nitrocellulose nocks for several years, and Jim Easton relaunched the product in the early 60’s with a much tougher (and safer) ABS-Polycarbonate blend called Cycoloy- the first time a modern engineering polymer was used for a nock.

The Bjorn nock, made by Bjorn Bengston in Sweden, was also immensely popular, and Easton became one of the largest distributors of Bjorn nocks in the world. Bjorn nocks were made from Butyrate polymer- chemically related to the nitrocellulose of the original Mid-Nox, but not nearly as flammable.