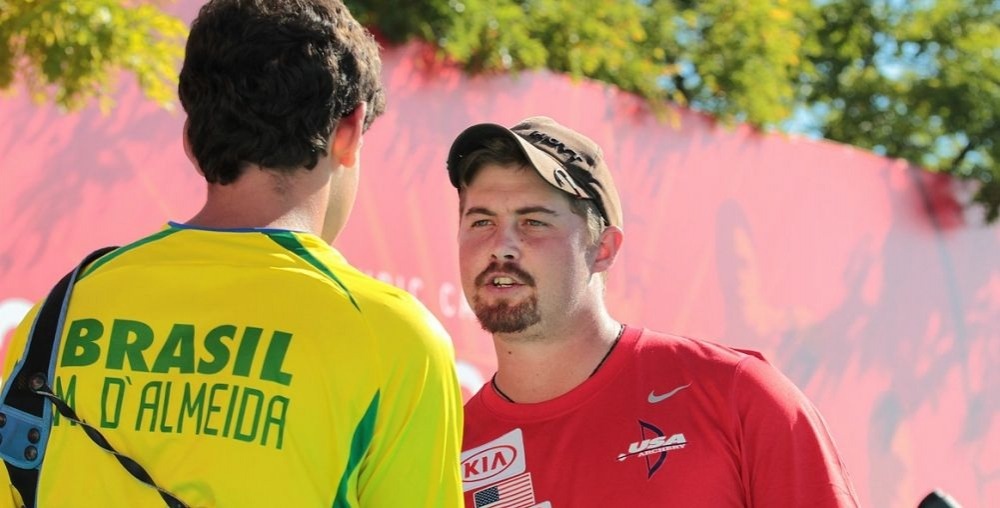 Brady Ellison, the massively talented American recurve archer, has had a dry spell in gold medals this past season, but he more than made up for it with a dramatic victory in the World Cup Grand Final in Lausanne, Switzerland this past weekend. This makes Brady’s third World Cup Final title, and he’s still the only recurve archer to do it back-to-back,   In order to do it, he had to execute a shootoff arrow with everything at stake.  Brady prevailed, closer to the 10 than opponent Marcus D’Almeida of Brazil.  Marcus’ story is also an interesting one.

With an impressive top-10 performance in the Youth World Archery Championship a year ago, another impressive run in the Youth Olympic Games in China this year with the individual silver medal, and a tremendous finals appearance at the World Cup stage in Poland, the 16-year old has proven that he is on a trajectory to help lead his country to a good performance at the Rio Olympic Games in two years.

Easton is proud to have supported the Brazilian Federation with their creation of a series of National Training Centers throughout the country, with tangible results including the ascendancy of Marcus D’Almeida.