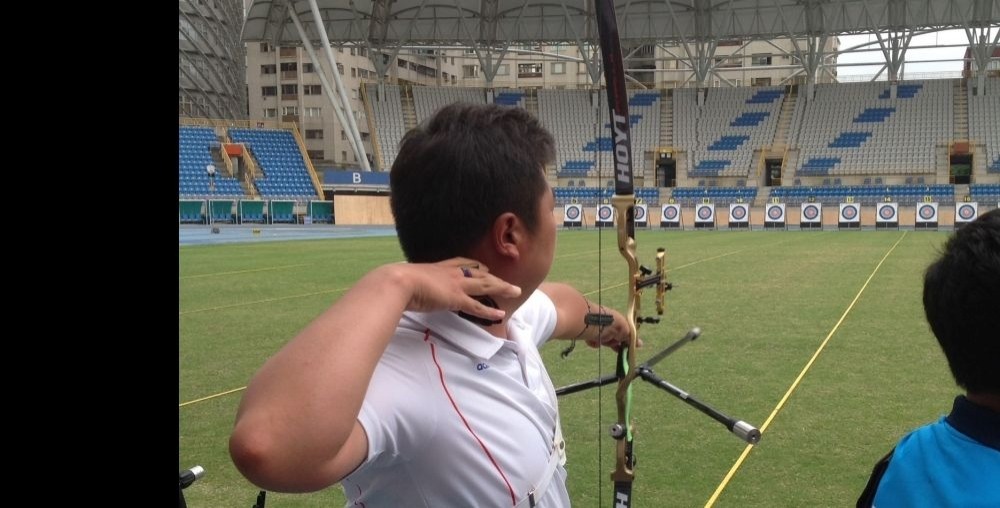 With the Asian Games right around the corner, this Grand Prix event in the city of Taipei has all of Asia’s top shooters- with the noteworthy exception of the A-team of the People’s Replublic of China.  The event here in Taiwan has Korea, Japan, India, Malaysia and Mongolia among the top medal prospects in recurve, and India, Hongkong China and Korea are top compound prospects.  Among the recurve men, we’re expecting high scores from Korea and Japan as well as Malaysia and India.  Korea’s women can be expected to be dominant but Japan has been strong.  India’s women represent more of their junior development teams, as the senior squad was sent to the just-completed world cup event in Poland.

Weather will be a factor- high humidity and predicted thunderstorms will hit the field as the afternoon start of the ranking round puts the event smack in the middle of he hottest and potentially wettest part of the day.

The ranking round consists of 72 arrows shot at 70 meters on a 122-cm face for the recurves, and for the compounds, it’s the same number of arrows at 50M on an 80-cm 6-ring face.

The event is happening inside the Taipei National Stadium, so swirling and tricky winds are part of the challenge.  Exactly the conditions that the arrow used by every shooter here was designed for- Easton’s X10.