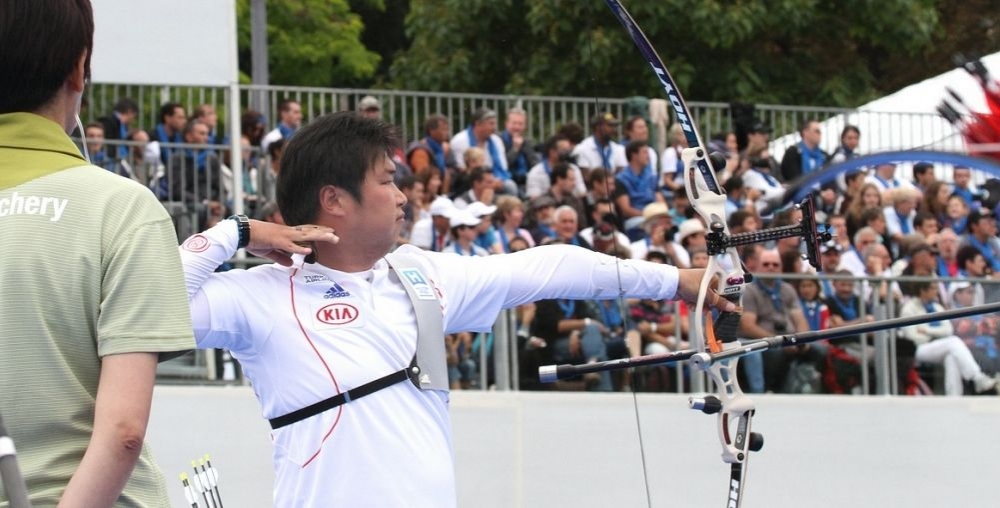 In a surprising turn of events, Korea’s two top world-ranked women- YUN, Ok-hee and KI, Bo-bae-  have failed to make the cut for the 2014 National Team this past week at the country’s national team selection event.  Instead, a whole new group of talented women have risen from the deep ranks of Korea’s world class women’s archery program to take their place.  YUN, the two-time World Cup Grand Champion known as the “Pink Princess”, is currently raked #1 by World Archery, while London Olympic champion KI is ranked #2.

On the men’s side, there was much less drama.  2012 Olympic Gold Medalist and 2013 World Cup champion OH, Jin-hyek, took the #1 rank for the National Team, while 2011 World Champion KIM, Woo-jin was third and Olympic team medalist IM, Dong-hyun fourth.  2013 World Champion LEE Sengyuan is also in the cut.

All of Korea’s ranked shooters exclusively use Easton’s legendary X10 arrow shafts.  With the eyes of the world turning to the first of the World Cup events next month, it will be interesting to see how the changes at the top of Korea’s incredibly successful women’s team might affect their sheer domination.

TEAM EASTON SNAPS TO IT AT GATOR CUP

Another X10 Sweep at World Cup- new faces on the podium