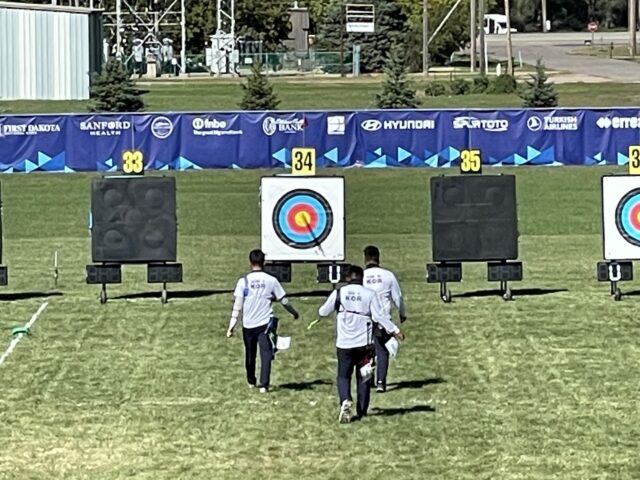 First the good news. Even though the qualification round (which is now the official name for what used to be called the ranking round) takes place before the opening ceremony, Olympic records can be set in the round.

Mixed teams will return after their debut at Tokyo. And the standard team round will be back, as well.

At least 64 recurve men, and 64 recurve women, will compete in Paris at the Olympic competition field being installed on the banks of the River Seine in the heart of Paris.

There is also the possibility, under discussion, of adding more slots for refugee archers, normally selected by a special commission, and normally part of the 128 archer quote. So, there is a possibility we will see more than 128 shooters for the first time since the Barcelona 1992 Games.

But this Olympic cycle will be very challenging for a lot of countries.

With a full year trimmed off the normal Olympic qualification period (due to the 2020 Olympics being staged in 2021), teams around the world are scrambling to prepare for the Olympic Qualification Period that starts in April of next year- but this years Asian Games in China are actually the first qualifying event (with the qualifications being held back until the World Championship next year).

It will also be tougher for teams to qualify under the new ability standards. The women’s score minimum has been raised to 610/720, up from 605.

There is a total of 12 team quotas- 36 places, per gender for the Games.

The Berlin World Championships will become tougher as the first World qualification event- as now, only podium finishers at that event will be able to qualify for the Games. So only 3 teams per gender- 9 places- will be awarded in Berlin.

After the World Championship, the other five team slots will go to the winners of the continental championships in the Americas, Asia, and Europe.

The top three teams at the still-to-be announced final qualification tournament will get slots.

One team slot goes to France as the host nation.

The World Ranking List will come into play for the final two team slots, after the final qualification event.

Countries that don’t win team slots can win individual places through a combination of five competitions and “universality invitation”- invitations to developing countries. However, the minimum qualifying scores are required of all participants.

With more than 160 nations preparing to qualify athletes for Paris, and one year less to do it, programs across the globe are now in high gear to achieve the ultimate result in archery competition.