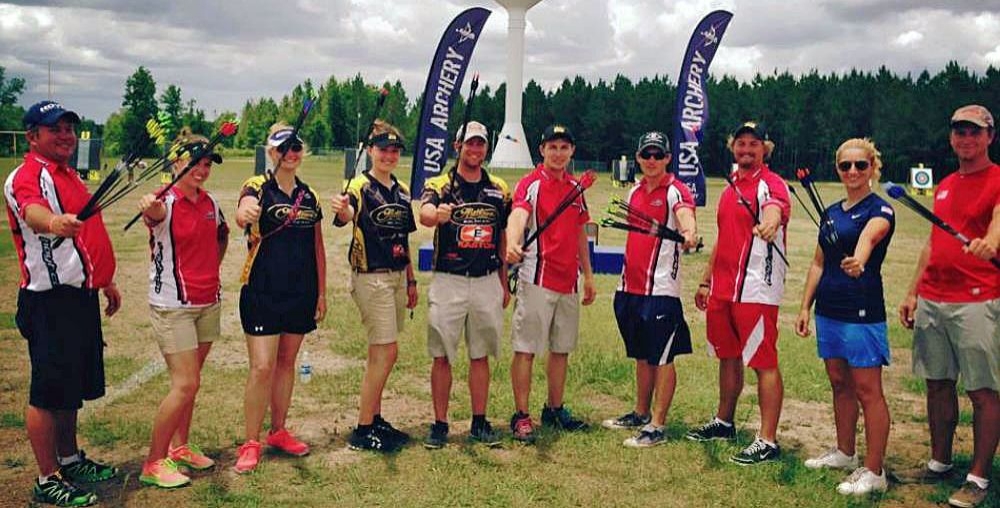 Team Easton dominating the road to the 2013 Archery World Cup

After the award ceremony of the Nimes tournament it was time to make up the balance. The Easton shooters won 11 out of the 12 medals given.

Team Easton shooter Reo WILDE (USA) took his F7’s all the way to the end finishing on the top podium spot once again. With a great display of accuracy he won the second leg of the Indoor Archery World Cup making it 2 out of 2. On his long and tough road to victory he faced Pierre Juliene DELOCHE (FRA) in the final. The French star could not keep Reo from taking gold and had to settle for silver. Jesse BROADWATER (USA) finished in third position shooting the Cobalts.

The recurve men division also was an all Easton showdown. Sebastian ROHRBERG (GER) and Rick van der VEN (NED) battled it out for the top honours. Sebastian one the first set and Rick the second. Then the German never looked back and shot his X7’s all the way to victory (6-2). Spanish gun Elias CUESTA COBO finished on the podium for the second time this international indoor season this time with bronze. Rick and Elias were both shooting the X10’s.

In the recurve women youngster Celine SCHOBINGER (SUI) faced multiple world champion Natalia VALEEVA (ITA). Celine had been out of competition a while and after Natalia won the first set the Swiss took control and won the next to sets. Natalia then tied the match at 4-4. Natalia shot a 29 in the final set putting the pressure on Celine. She had two 10’s on the board already and needed at least a nine to force a shoot-off. With few seconds on the clock she send her X10 straight down the middle taking victory over her Italian opponent. The bronze medal went to miss KIM from Korea who defeated 3 time Nimes winner Lisa UNRUH from Germany.

Team EASTON wishes to congratulate all medalists with their outstanding achievements and good luck for the rest of the season.