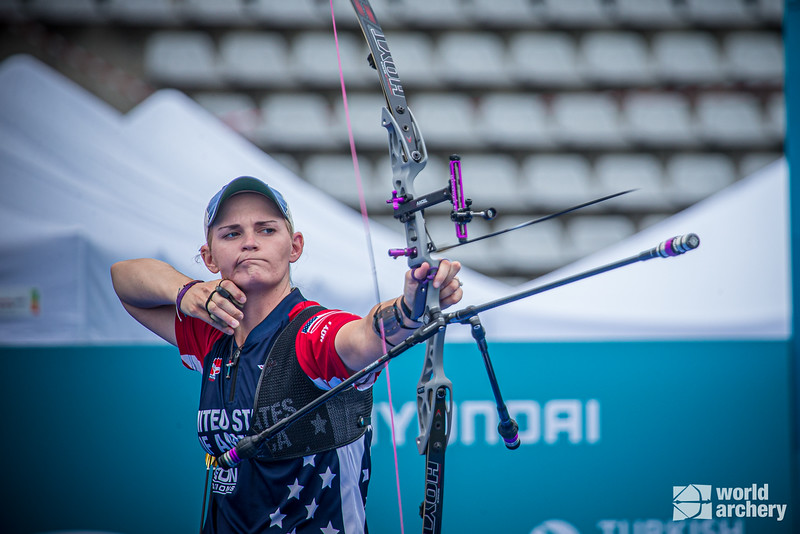 World Archery’s last-chance tournament for Tokyo Olympic Games qualification saw the final 51 countries qualify their shooters for the Olympic Games this week. In Paris, at the final qualification tournament, the USA men’s team of Brady Ellison, Jack Williams, and Jacob Wukie took the gold medal to cement the USA’s slot for the Tokyo Games.  France and Indonesia took the other two men’s team slots.

A similar story was told in the women’s team matches with Mexico, the USA, and Italy taking the remaining three team slots for Tokyo. The achievement of the USA Women’s team, Casey Kaufhold, Mackenzie Brown and Jennifer Mucino-Fernandez was particularly noteworthy being the first full US women’s team in the Games since 2004.

Tokyo will introduce a new Olympic Championship opportunity with the addition of a Mixed-team category, Olympic archery competition will now feature a total of five championship titles—Men’s and Women’s Individual, Men’s and Women’s Teams, and Mixed Teams.

Easton X10 arrows once again proved their worth in top-level competition as every final qualifier used the legendary X10.  Since its introduction for the 1996 Atlanta Games, Easton X10 shooters have taken every Olympic title.  Every Olympic Championship in Atlanta 1996, Sydney 2000, Athens 2004, Beijing 2008, London 2012, and Rio 2016 was won by X10 archers, as well as every silver and bronze medal.

Made entirely in Easton’s US factory, X10’s are at the pinnacle of performance for target archers. X10’s share many of the same precision technologies that are found in other Easton pro-class target arrows including the RX7 indoor to the ProComp compound and recurve shaft, as well as the FMJ and Axis hunting shafts.

Easton Arrows Q&A’s From Around the World