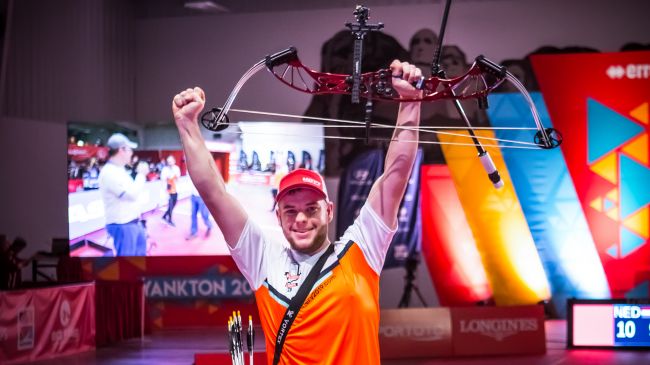 Following their gold medal haul at the Indoor World Cup final in Las Vegas, Team Easton made their way to Yankton, South Dakota, host of the 2018 Indoor World Archery Championships. Once again, Team Easton ran away with the medals!

In the premier categories, Team Easton won 10 of 12 Medals, sweeping the podiums in Men’s Compound, Men’s Recurve and Women’s Compound.

Congrats to all competitors!

All of the matches can be found on the YouTube page of World Archery, the Olympic Governing Body for the sport of Archery. More information about Eason Arrows, the choice of champions since 1922, can be found at EastonArchery.com