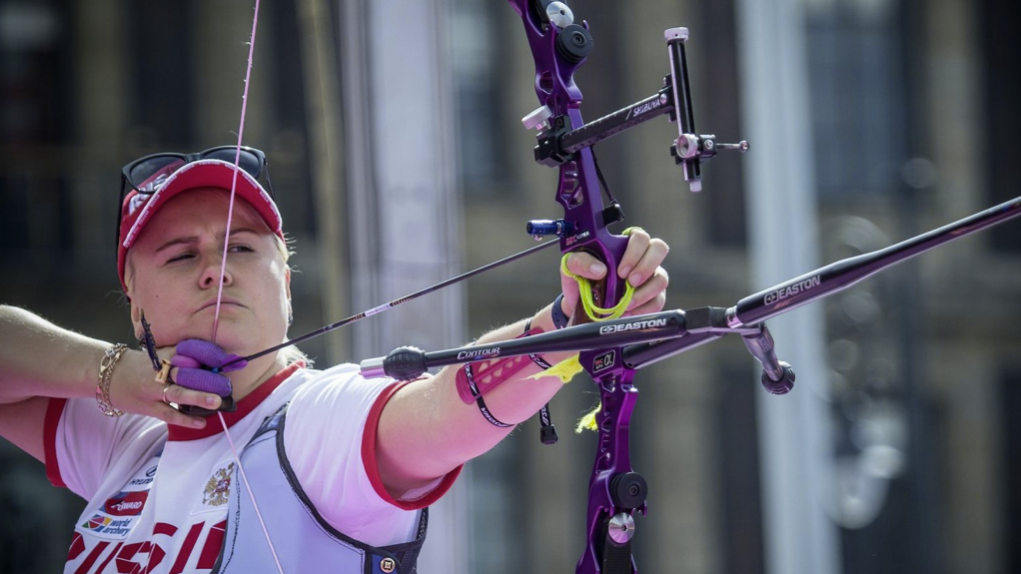 Once again the total podium domination of shooters using Easton X10 arrow shafts has proven the performance of the most-winning arrow in modern history.

Tough, windy weather helped give an edge to Russian archer Ksenia PEROVA, wielding Easton’s proven Contour Stabilizer System.  In the gusty variable winds the Contour system gave Perova the edge needed to upset Olympic Gold Medalist CHANG Hye Jin of Korea in the Gold Medal final.  With both shooters using the highest performing arrow available, Easton’s legendary X10, it came down to execution in the gusty winds.  Perova, using Contour’s proven Windcutter 360 technology, held a little more steady in the gusts than her opponent, which was the slight edge needed for victory.

In team action, the women’s recurve team of Korea, CHANG Hye Jin, CHOI Misun, and KANG Chae Young, took back the World Champion title they lost to Russia two years ago in Copenhagen.  This time they had to beat the home team of Mexico, Aida ROMAN, Mariana AVITIA, and Alejandra VALENCIA.

Every Olympic title since 1996 has been won with Easton X10 shafts, and the performance at these World Championships proves that nothing else comes close.

X10 shafts and Contour Stabilizers are available to every archer – see the details at www.eastonarchery.com