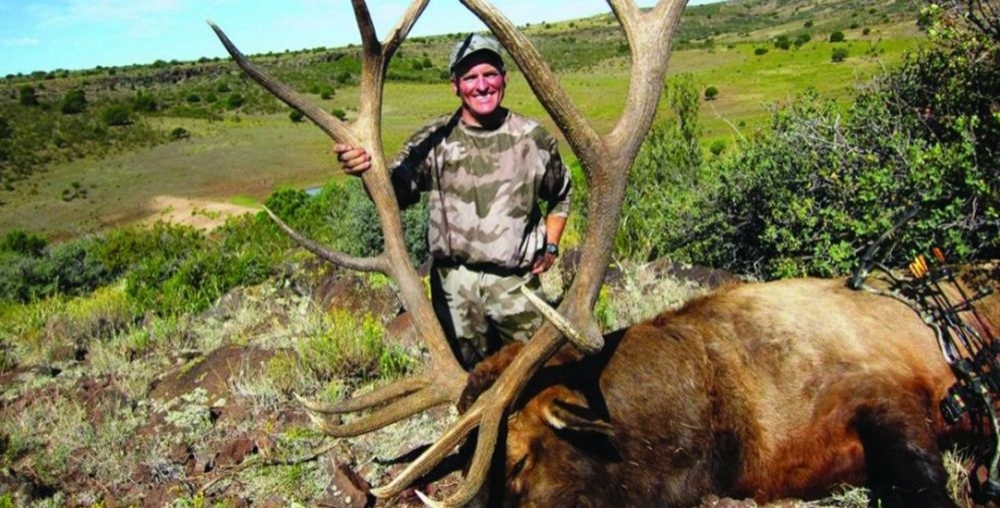 Wind is probably the only variable of arrow flight we cannot control. Once the arrow leaves a well-tuned bow shot with perfect form, it’s going to go where it’s aimed – unless there is a crosswind. While we can’t control the wind, we can build a hunting arrow to lessen its effect on arrow flight. If you hunt out West, or even in more open terrain of the East, you may want to design your arrow to cut through the wind. Before we talk about the best arrows to hunt with in windy conditions, let’s first get an idea of how much the wind affects arrow flight. This is complicated, but luckily, Eaton Pro-Staffer, Randy Ulmer, has studied the topic extensively and wrote this in a column:

“In a lateral (sideways) wind, the nock end of an arrow will tail off to the downwind side in flight, because as soon as the arrow is released, it will line up with the airstream it is moving through,” said Ulmer. He goes on to say:

If you want a more in-depth explanation of the wind’s affect on arrow flight, you may want to read the whole column on How Wind Affects Arrow Flight.

We have established how an arrow is affected by the wind, so now let’s look at what we can do about it.

Reduce the Surface Area of the Arrow

Easton creates small-diameter hunting arrows because they have better flight and penetration characteristics. Cut the arrows as short as possible to fit your draw length and bow setup to reduce the surface area even more. But, remember, to be safe, always leave at least 1-1/2” of arrow shaft ahead of the bow pressure point for a broadhead equipped arrow shaft.

Add Some Weight to the Arrow

So if we want an arrow that leaves the bow quickly to minimize wind drift, why would we want to add weight? Well, a lighter arrow sheds velocity quicker. You want a good balance of speed and weight to maintain good down-range arrow flight. If you hunt whitetails, you can get away with a light arrow, but if you know you’ll be hunting in area – say, above the timberline out West – you may want to choose a heavier shaft or add weight to the shaft you have with inserts.

Use the Right Arrow Fletchings

When choosing the best fletchings for a hunting arrow to fight wind drift, you need to consider the size and stiffness. Size is simple. Use the shortest vane possible, yet still have enough “steering” ability to control your broadhead. Use stiffer vanes, because flexible vanes flap in the wind and create more drag.

Use the Right Broadhead

If you are a fan of mechanical broadheads and their often-larger cutting diameters, they are usually the most aerodynamic choice. There are also many good fixed blade broadheads that group the same as your field points. The same characteristics that help the hit the target will also reduce wind drift. Just one thing to keep in mind when using fixed-blade broadheads: you want the blades to have the same offset as your fletchings to reduce turbulence.

We spend all offseason perfecting our form, tuning our bows and finding proper pin placement. Unlike the wind, we have control over these things. And while the proper broadhead and fletchings do factor into the equation, your hunting arrow shaft plays the biggest role thanks to its comparable surface area. If you want to stay on target on windy hunts, keep these tips in mind and take a look at our smaller-diameter hunting arrows.

What hunting arrows should I use for my next hunt?