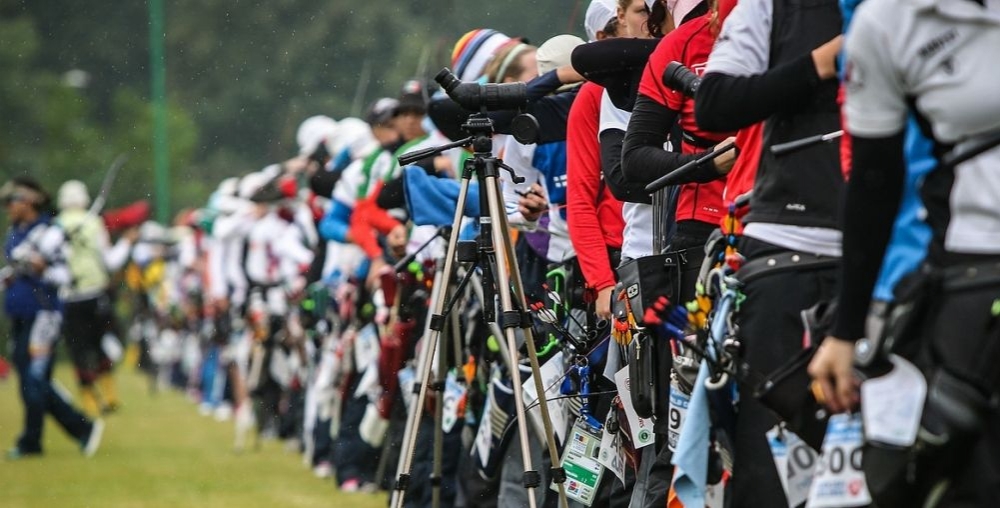 The 2013 World Archery Congress passed a number of rule updates that took mandatory effect on April 1 of this season, and at the first event to use these new rules, it was very clear- this will mean faster paced and even more exciting team matches for both regular and mixed team competition in the recurve category.

The new rules were actually first used before becoming mandatory, to run the first major outdoor event of the year, the Asian Grand Prix in Bangkok in mid March, by request of the Team Managers and approval of World Archery Secretary-Generat Tom Dielen.  The biggest change of the new rules is the application of the set system to all recurve category rounds-  all recurve elimination matches, as well as for teams and mixed teams. It was immediately very clear that the faster-paced nature of set play for the mixed team round is a great change for that category, one which may offer the first Olympic medal expansion for our sport since the Team Round was introduced in 1988, possibly for the 2020 Tokyo Games.

Meanwhile, compound rounds (both indoor and out, team and individual) all go to pure straight scoring, eliminating the possibility of a bad set being recoverable later in a match.  This better rewards the absolute accuracy inherent in the compound round and further helps differentiate compound from recurve- a requirement for future Olympic status for the category.  This could possibly happen in 2024- one important step toward this is inclusion of compound in the 2014 Asian Games.  All outdoor compound rounds are conducted at 50m on a 6-ring face with an 8 cm 10-ring.

Recurves continue to shoot outdoors at 70m at the 122cm 10-ring target, with a 12.2 cm 10-ring.  The proven set system used in recurve consists of sets of 3 arrows each for individuals, 6 arrows for teams, and 4 arrows for mixed teams.  The high score for the set takes two set points.  For a tie the points are split.  For individuals, the first shooter to achieve 6 set points wins (so, a shootoff would be needed inc ase of a 5-5 tie).  Therefore, it is possible to win (in “straight sets)) with nine shots.  For teams, the first team to reach 5 set points wins, so there would be a shootoff in case of a 4-4 tie.

In Bangkok, the new system helped keep the event on schedule with no problems.  This will be important for organizers working with tight television schedules, and will help prevent situations at the beginning and end of the season when shorter daylight duration and delays in an event can lead to a loss of shooting light.