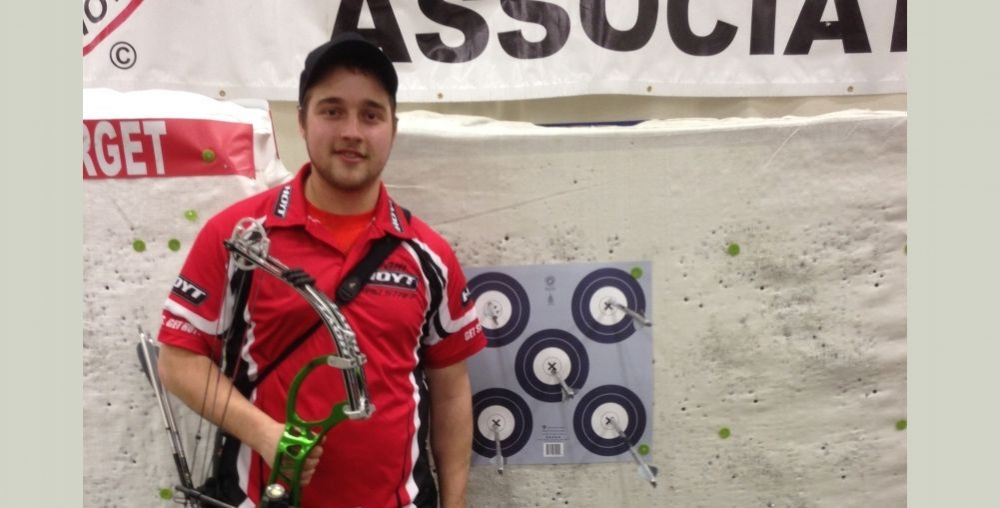 The NFAA Indoor Nationals has seen yet another dominating performance from Team Easton archers eying on Easton’s record-breaking X23 and X27 shafts.

Women’s compound saw another tightly contested battle between Erika Jones and Sarah Lance.  Erika trailed Sarah by one X going into the 12th and final end on Sunday.  Erika shot five X’s on the final end and Sarah delivered four X’s on her final end to force a shoot off for the National Indoor Title.  Erica came through with four X’s sending Sarah to the second place podium step.  Christie Colin followed up her individual World Archery World Championship medal won in France a couple of weeks ago with a solid 3rd place finish at the NFAA event.

In the Men’s compound category, with eight Easton shooters finishing with perfect 120 X’s at the end of Sunday, the show was stolen by Inspirational Archer Matt Stutzman, with the paralympic shooter right in there with the eight going to the shootoff.  Once the shootoff went to inside out scoring, it proved once again how deadly accurate Easton’s X2 series shafts really are.  Kris Schaff shot five perfect inside out shots to win his first Indoor National Title and Team Easton’s Jesse Broadwater was a close 2nd.

Now the stage is set for outdoor season among the world’s top professionals- but as we saw in Bangkok, Thailand last week, it’s going to be a sizzling season for accuracy!