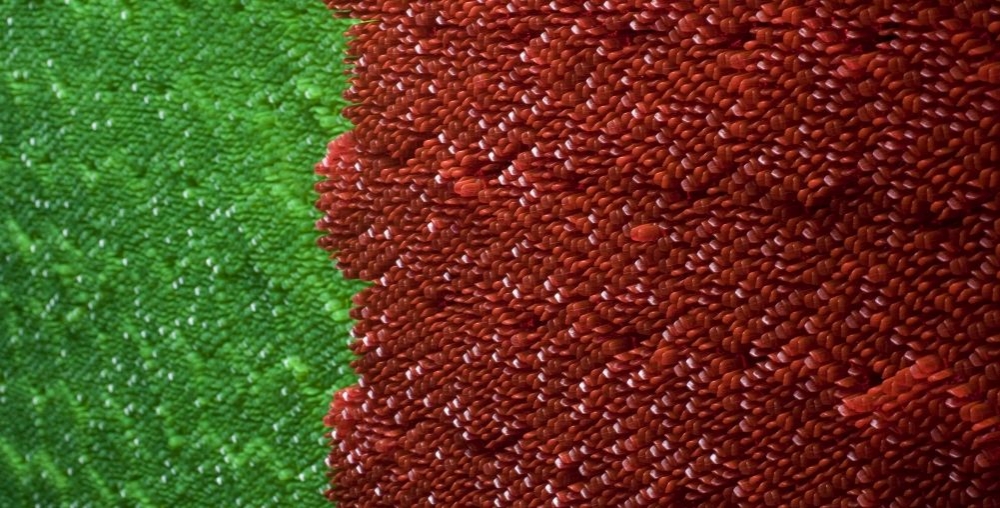 If you stop to think about it for a moment, arrow nocks are pretty amazing.  These small, plastic parts are expected to take the full force of each shot and transmit that force to the arrow shaft in exactly the same way, over and over again.  They must have precise fit and flex characteristics, resist wear from servings, perform identically in hot and cold conditions- and more recently, they are also expected to defend expensive arrows from incoming arrow impacts.

Today, premium nocks from companies like Easton and Beiter are a highly engineered product, using the most advanced materials and processes to ensure quality and consistency, while maintaining incredibly tight concentricity and groove alignment tolerances.

From antiquity, nocks have been made from substances with good compressive strength, so they could withstand the impulse from the bowstring.  Nocks of horn and bone are found in all manner of ancient archery artifacts from all over the world.

In the earlier portion of the last century, the nock material of choice was one of the first artificial plastics- nitrocellulose.  The original Middleton Mid-Nox of the 1930’s were made from this potentially explosive material.  One of the interesting characteristics of these nocks was they were made one at a time in a single mold, with a total of 6 to 8 molds in use at any given time.

The process was simple, and manual.  A small cylinder of extruded nitrocellulose was placed in the mold cavity, immersed in a container of heated oil, and a tapered plunger would be placed over the top of the cylinder.  This plug was pressed down into the cavity, forcing the plastic cylinder to form around the nock tang.   This slightly risky process (the material would occasionally detonate!) produced a perfectly shaped nock with the advantage that every nock coming from the specific mold was identical.  After the plunger was pressed down, the entire die was cooled off, after which the finished nock could be ejected.  Obviously, this meant that each and every nock took quite a lot of time to produce, but the superiority of uniform nocks made the expense and effort worthwhile.  The nitrocellulose material also lent itself to a tremendous variety of colors and patterns and “marbled” or “sparkling” nocks were quite popular at that time.

Another unique characteristic of the material used was that when the nock required replacement, the archer simply touched an open flame- as from a match or lighter- to the nock, which would ignite and burn so quickly that it wouldn’t damage the wood or aluminum shaft, leaving virtually nothing behind but fine, powdery ash that easily wiped clean.

In the 1930’s, Doug Easton developed the first aluminum nocks.  These were durable and lightweight, but required a lot of hand finishing, and in use they had one significant drawback.  Even a slight impact from another arrow could “burr” the nock, and if the archer didn’t notice, this could result in a cut bowstring on a subsequent shot.

In the 1960’s, Easton, having acquired the Mid-Nox brand from Middleton, introduced a more advanced plastic for the Mid-Nox, Cycoloy, a blend of polycarbonate and ABS plastic.  This was the first use of a modern engineering plastic in a nock.  The move to injection-molded Cycoloy was a tremendous improvement in precision, strength and the durability of the nock, and it brought the price of nocks down as well, with high volume production techniques.

Another important development was that of Butyrate plastic based nocks starting in the early 60’s.  Bjorn Bengtson of Sweden was a good friend of Doug Easton and he developed what eventually became the world standard for target and hunting nocks, the famous Bjorn nock, in the early 60’s.  This was one of the first successful “snap action” nocks, with a mold designed to open axially to the nock, allowing the nock groove to taper inward from the string entrance to the string hole.  The Mid-Nox had a bit of this desirable characteristic as well, due to a tendency for the ears to move inward after cooling, but this was a deliberate feature of the Bjorn nock which is still found in most nock designs today.

Further improvements in nocks took longer strides in the late 1980’s, when Jim Easton and his team developed a series of nocks to work with the then-new Easton ACE shaft.  Easton used tough, lightweight and precise Bayer polycarbonate to produce the original A/C/E Standard nock and E-nock, both of which were designed to fit inside the A/C/E arrow shaft.  Not long after this, Werner Beiter, a precision German mold-maker, developed insert nocks for aluminum arrows and his own unique version of a polycarbonate nock to fit inside the A/C/E shaft.

Today, nearly all competitive shooters in world competition use either an Easton or a Beiter nock, but there are many more choices today than in the past.

The original Precision Molded Indexable Press Fit Easton G Nock dates to 1992, and was designed by Jim Easton to provide a more comfortable finger interface for recurve shooters.  The G nock was designed to be extremely precise, with special features designed to enhance the separation of the nock from the bowstring at the right place in the power stroke.   At the time, the Beiter nock had partly supplanted the original A/C/E standard nocks, because of the perception that the Beiter nock had enhanced accuracy due to being advertised as a single cavity nock- which meant that every nock in a bag of Beiter nocks was from the same nock cavity.

Starting with the G nock, Easton took the same approach of single cavity bagging of the nocks.  As with the Beiter nock, every single nock in a dozen bag of Easton target nocks such as G nocks comes from the same mold cavity- a process that helps ensure a minimum degree of variation from nock to nock.  All G nocks are produced from premium Bayer polycarbonate.

The Easton Precision Molded Indexable Overnock was one of the first nocks developed for carbon shafts and found considerable popularity as a choice for the X10 arrow shaft.  This, and the Beiter version of the overnock (“out-nock”), was used by nearly all X10 shooters in the 1996 Olympic Games.

Easton developed the Precision Molded Press Fit Indexable Pin Nock to complement the X10 arrow shaft in 1994 and released the first products in 1997.  As the originator of the pin nock system, the Easton team had to overcome several challenges in making this system work.  One of these challenges was to make the nocks extremely precise so that any molding tolerance, combined with any tolerance on the pin, would not exceed the extremely tight tolerance requirements for a single-piece all-plastic premium insert nock, like the G nock or Beiter.

Again, single-cavity bagging combined with careful process control provided the required tolerances and performance.  Easton Pin Nocks are made from premium Bayer polycarbonate.  One of the major side benefits to the Pin Nock is that the pin “armors” the rear of the shaft from following arrow impacts, helping protect the arrow shaft from damage.  While Pin Nocks were designed specifically for finger release, they have been very popular and successful among compound shooters.  Like all Easton target nocks, Pin Nocks are single cavity packaged in each dozen bag.

Easton’s latest development is a slightly longer G-nock version of the Pin Nock.  This precise and versatile option combines the great finger interface of the G nock with the unmatched shaft protection of the pin system.  Available in two sizes with single-cavity dozen bagging, the G pin is also a great choice for compound shooters.

Nock fit can be a crucial aspect of tuning the recurve bow, particularly as draw weight decreases.  Generally speaking, the lighter the draw weight, the more crucial it is that the nock fits the string properly.  With at least two nock groove sizes available in most target nock configurations, it’s nearly always possible to get an ideal fit, particularly if you use a larger or smaller diameter serving as needed.

One should never try to bend the nock ears or otherwise modify the nock to improve the fit- it is much better to properly serve the string to fit.

Even though nocks are designed to take tremendous forces, they are not indestructible.  Careful inspection of nocks after every shooting session or in the case of an impact should be a routine part of your shooting routine.  Exposing polycarbonate nocks to a variety of chemicals can cause problems- foremost among these are cleaning solvents, petrol, or DEET-type insect repellents.  A damaged (scored or dented) nock pin can cause stress cracking of a nock and should be discarded and replaced.  Pliers and similar tools (for instance your teeth!) should never be used to install or turn nocks- the use of an Easton nock wrench is by far the better solution.

Solvent based adhesives should never be used to bond polycarbonate based nocks into a shaft- instead, in those rare instances when it is required, the use of Teflon pipe tape, or even thin polythene bag material may be used to get a “snug” fit when required.

After thousands of years without much in the way of change, nocks have really come a long way in the past 50 years or so.  Just as with bows and arrows, modern materials have made nocks better, more precise and more reliable.  With so many high quality options today, every archer has a chance to get the perfect setup to fit their needs.