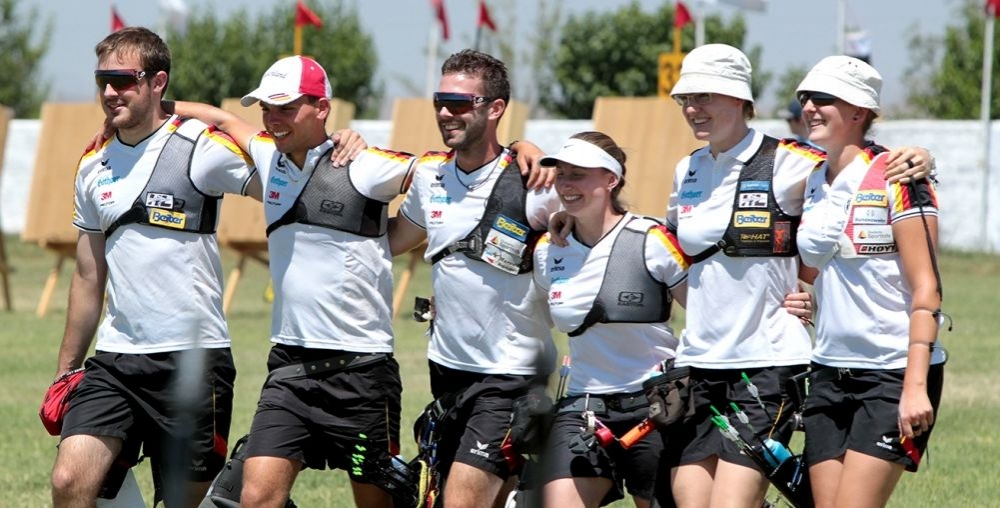 With three World Cup wins and now, contending for the Gold Medal Finals at the European Championship in Armenia this week, Germany’s recurve squad has had a great season.  In women’s recurve, Karina WINTER and Elena RICHTER are second and 4th respectively in the qualification round seeding for the finals later in the week.

Like nearly all the recurve contenders at the event, Germany’s recurve shooters choose to shoot Easton’s legendary X10 arrow shafts.

The event wraps up at the end of this week, and our Dean ALBERGA will be bringing us more great photos as the event progresses.