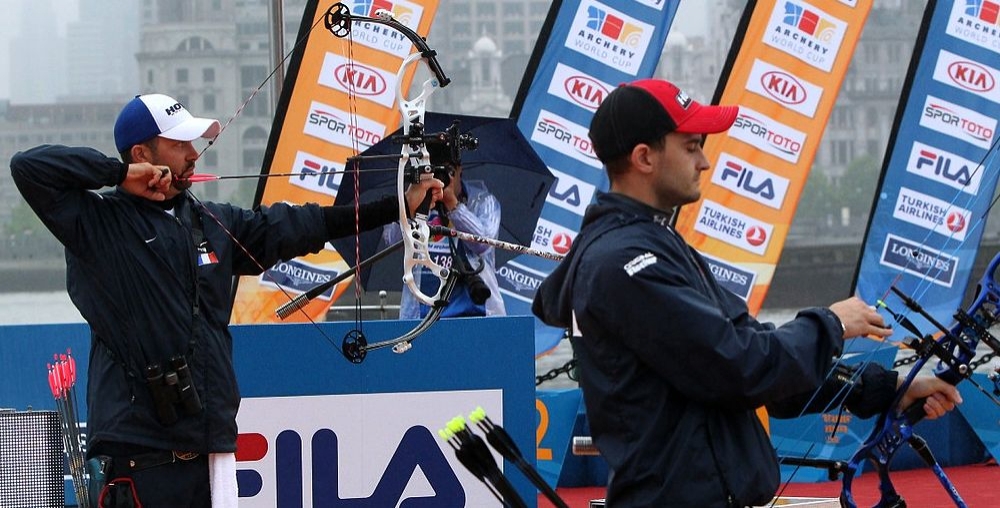 Shanghai has become a mainstay on the World Cup calendar, and it has also proven to consistently feature some of the toughest weather conditions on the circuit, with rain and wind typical more often than not in both qualifying and the finals.  Qualification, which always takes place in a stadium, often is not a good predictor of performance- because the unforgiving environment along the riverside finals venue in this teeming metropolis features tricky winds and often, rain- just the kind of conditions that the Easton X10 and X10 Pro Tour were designed to dominate.

For the men, the French duo of Sebastien PEINEAU and Pierre-Julien DELOCHE took gold and silver, respectively, with their X10 Pro Tour shafts.  It was another total Easton sweep in the mixed team event, with Korea taking gold, USA silver, and France the bronze.  And for the men’s compound team event, Easton brought the broom to the podium again with USA taking Gold, AUS silver, and Russian Federation bronze.

When it comes to precision in any conditions, nothing else comes close to the legendary Easton X10 and X10 Pro Tour- the world’s most-winning arrow shafts.